GINA’S HAPPY HOUR FOLLOWED BY JIM’S JOLLY HOUR
We are happy to announce that singer/songwriter Jim Harte is coming back to play at Hidden Valley for the months of May, June and July ’11. Jim has previously played at Hidden Valley and he was an outstanding success.

Jim has performed in most parts of the world alongside some great artists including: The Drifters, Van Morrison, John Williamson, Dusty Springfield and Ben E. King. Jim moved to Australia in 1986 from Ireland and settled in Perth.

Jim will perform 3 times a week from 5pm – 6pm at Hidden Valley. Prior to that – at 4pm, join Gina for her informative Happy Hour and get all the ‘goss’ about Darwin from a local’s perspective and find out what to see and do in the area.

So come along and join Gina and Jim from 4pm! We look forward to seeing you at Hidden Valley Tourist Park! 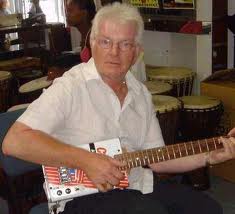